Passed down in the Welborn family is a crisply folded, handwritten letter from the golfing great James Braid. It’s dated Feb. 1904. In elegant, maroon colored type across the top it reads, ”Memorandum from James Braid, Golf Club & Ball Maker, Golf Club, Romford, Essex.” In smaller letters are the announcements – “Open Champion in 1901”  —  “Specialties: Drivers & Brassies” – and “Patronized by Royalty.” 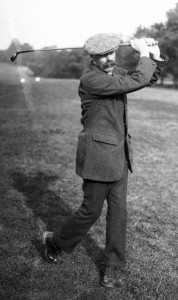 The letter is old school – written at a time when penmanship was valued and phrasing had a certain elegance. “It gives me great pleasure to bear testimony that W.B. Sime, whom I have known from a boy, is a first class club maker, good player and efficient instructor. He is steady and of a very obliging disposition. I am sure that he will merit the confidence of any golf club that may appoint him as their professional.”

Jas Braid(signed with a flourish) 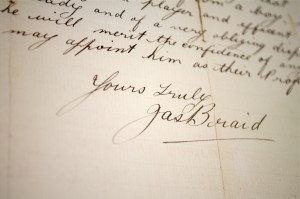 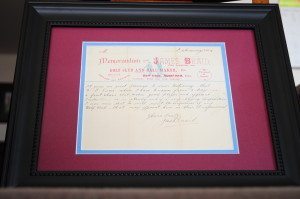 This is about the many connections Zeb Welborn has to the game of golf. 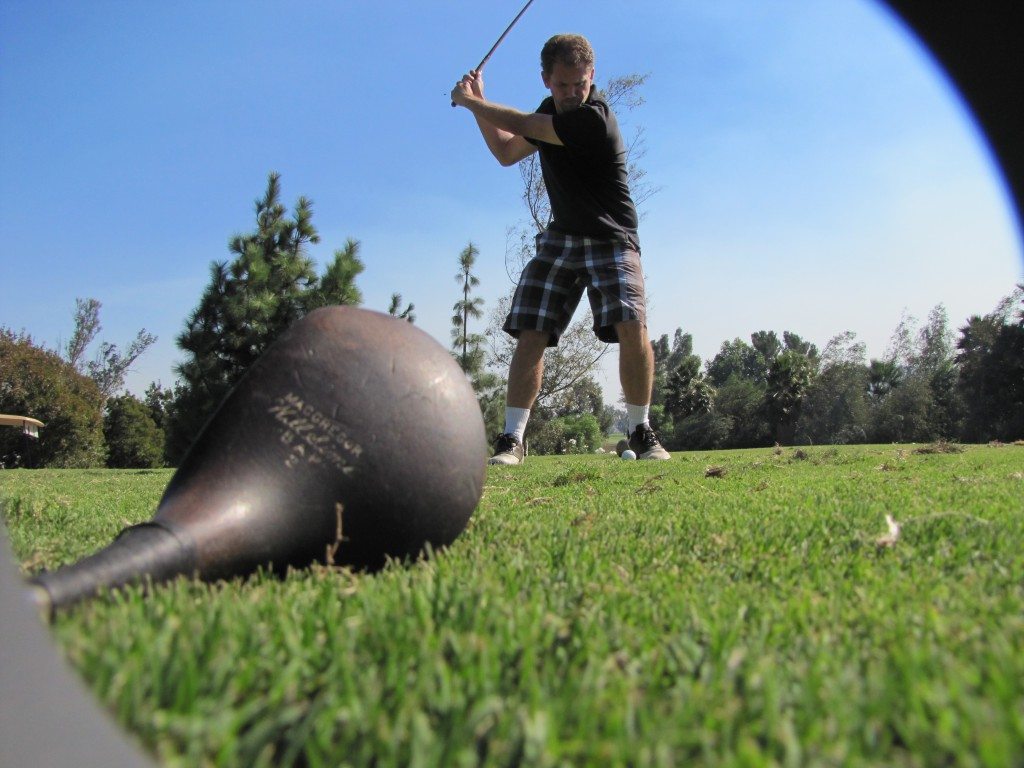 Zeb Welborn and a MacGregor BAP

Always interested in the business world, the experiences he gained in establishing and promoting that business led him to join forces with his sister to launch Welborn Media. One of their first projects was establishing a social media presence for the historic Los Serranos Country Club, where both he and his brother had worked and played as teenagers.

Welborn Media focuses on utilizing social media to promote businesses, organizations, and nonprofits. His sister Lacey is a talented, cutting edge web designer. And Zeb has established himself as a social media and internet marketing expert.  Whether it’s Facebook, Linked-In, Twitter, Google+, You-Tube, search engine optimization, or website design, Zeb has made a practice of understanding and using the internet in fresh and creative ways to connect businesses and promote causes.

With the knowledge and skills he’s honed, Zeb has been successful at applying his social media savvy to golf course promotion — happily joining his passion for educating businesses on the vast potential the internet offers with his love of the game of golf.

If you have a little time – between rounds – check out the Welborn Media website at www.welbornsocialmedia.com

You’ll get a taste of the enthusiasm he has for sharing what he’s so good at with others, and a glimpse of how appreciative his clients are of his work.

“He is steady and of a very obliging disposition. I am sure that he will merit the confidence of any golf club that may appoint him…”

That’s what James Braid said about Will Sime. The same can be said about Sime’s great-grandson Zeb Welborn.