In November, we ran a golf course Facebook contest at a client golf course which we highlighted in a blog post we wrote titled, How to Run a Facebook Contest for Golf Courses: A Case Study.  The contest, which reached 2,976 golfers and had 409 people engage in the post, was won by Art Franco, who said he never played our clients golf course before. 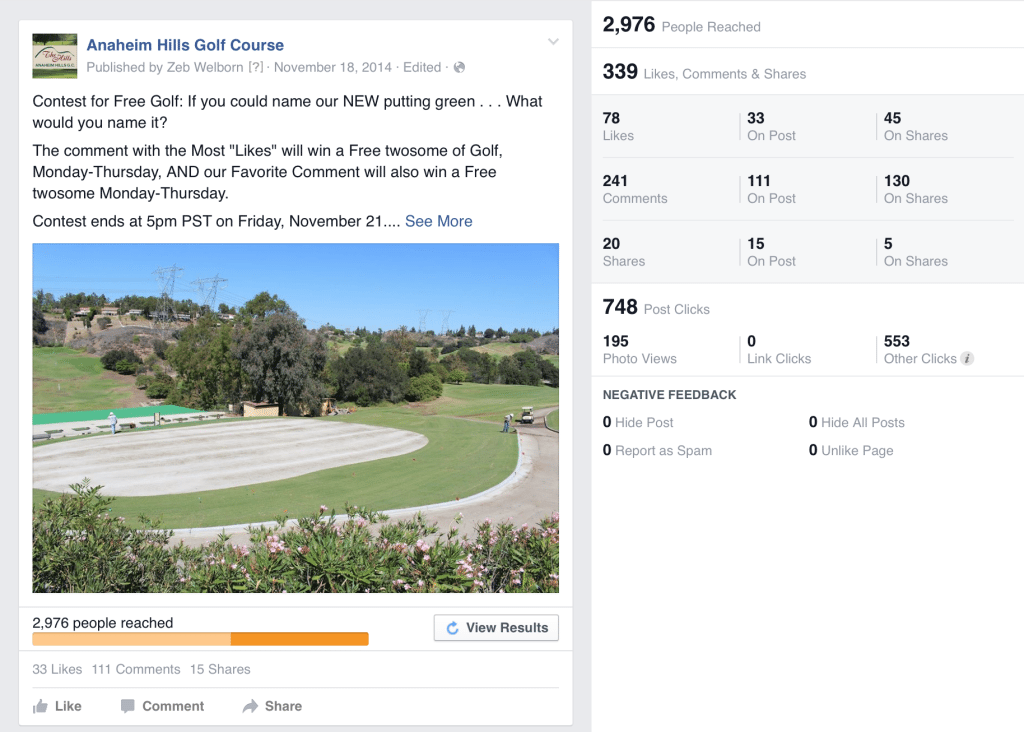 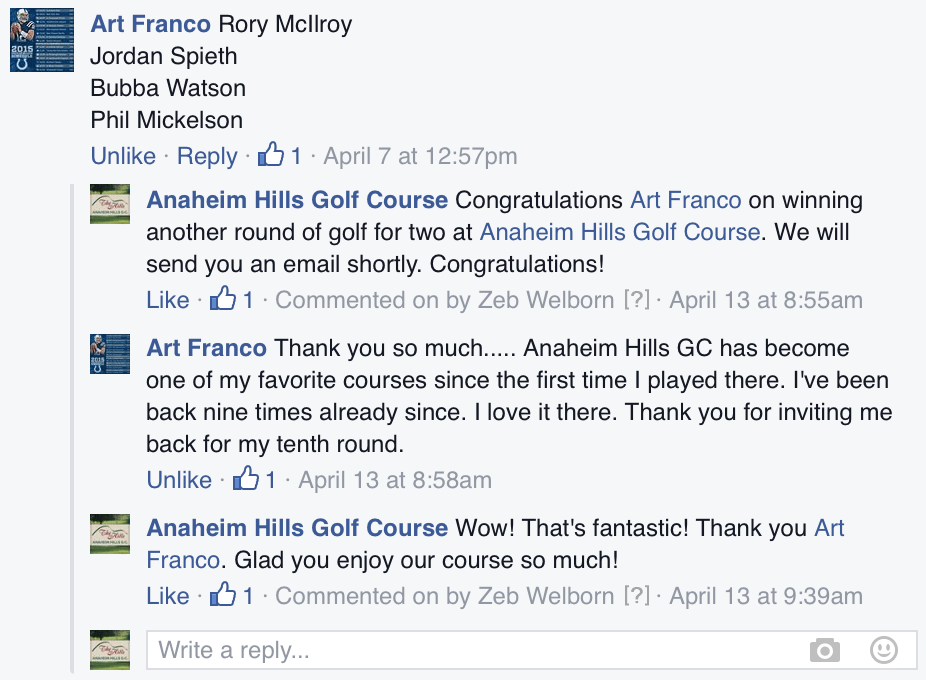 In five months, Art Franco said he’d played golf nine times at our client course.  Our client charges $52 per round during the week, so Art brought an additional (9 x $52) $468 in increased revenue.

I continued to follow up with Art via the Facebook messaging service and here’s what Art had to say:

Art had never played our clients’ golf course before.

Art brought at least nine golfers who had never played our clients’ golf course before.

At the minimum, 10 new golfers had been exposed to this “hidden gem.”

Our client course, at the very least, made $936 in increased revenue in a five-month span from one golf course Facebook post.  It’s likely that the actual number of increased revenue from rounds of golf was closer to $1,872 and that’s not even including food and beverage and purchases in the golf shop.

But, it still doesn’t even tell the full story.

Ten new golfers were exposed to this “hidden gem,” if they’re all as enthusiastic about golf as Art is then at least ($936 x 10) $9,360, or if they all brought foursomes, $18,720 could be attributed to this one golf course Facebook post.

In addition to Art’s involvement at our client course, our two contests reached more than 4,299 golfers and had more than 832 people respond to them.

Lastly, all of this happened within a span of five months.  When you calculate the lifetime value of these new customers from this one golf course Facebook post, what would that number be?  Could you do this daily?  How much revenue could you generate from using Facebook effectively?

Sign up now for our Social Media Scorecard to see if your golf course’s social media presence is up to par – http://19thholemedia.com/socialmediascorecard