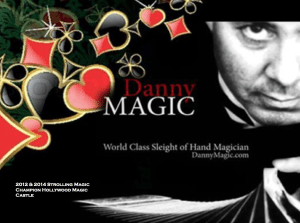 Whether he is performing close-up magic at a cocktail party, baffling customers at a restaurant, or delighting guests at a wedding.  The quick hands and quick wit of Danny Magic will bring an added sparkle to any occasion.  Leaving an audience laughing, mystified and most importantly entertained.

Dan specializes in close-up, sleight of hand magic.  He was awarded first place at both IBM (ring 313) and Orange County magic’s annual close-up competition.  Dan was also IBM (ring 313) magician of the year.  Dan is a member at the world famous Magic Castle (Academy of Magical Arts) in Hollywood, CA

Danny Magic will be performing magic before, during and after the Southern California Golf Classic.  He will also raffle off an auction item with the proceeds from his item being given to our participating charities. 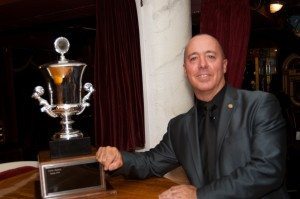